Taxes for sugary drinks in 2017 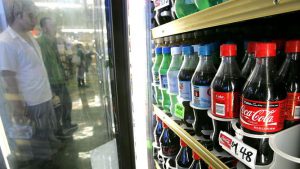 This 2017 comes with tax increases in several areas: IBI, tobacco, alcohol and fuel. In addition to these, which are already a classic, this 2017 will raise sugary drinks, in an attempt by the government to raise more while decreasing health problems in society. We tell you more about what is known about this tax increase on sugary drinks.

The package of measures has yet to be negotiated with the opposition, but there are already many studies and analysts shedding light on this issue, many of them claim that the rise should be 20%, if the government really wants to meet the goal of That are consumed less of these drinks. Several studies claim that a rise below 20% would not produce any significant change in consumption habits. He also knows that this measure does not include juices, although these come from concentrated nectar, only concerns soft drinks.

The Minister of Finance said that the tax, unheard of in Spain, is justified by “health reasons”, and that will raise approximately 200 million euros in 2017. But from the Association of Refreshing Beverages (ANFABRA), which in Spain brings together PepsiCo , RedBull or The Coca-Cola Company among others, the next tax was described as “unfair and discriminatory”.